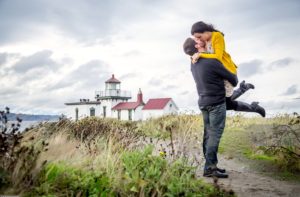 Nicholas Garrett calls Cape May, New Jersey his home, a lovely town with gorgeous beaches and rich in architecture and history. The story begins with Nicholas along side his wife’s hospital bed three weeks after the birth of their twins. During the natural birth of the twins, Hope, Nicholas’s wife of two years, experiences complications that create a code blue scenario complete with seizures and thus resulting in a comatose state. Twins are delivered healthy and safely as Nick waits frantically a few doors down.  Hours after the delivery, Hope’s condition is still the same. As the days pass and the waiting room rotates family and friends, Nick seeks solace in his time alone with his thoughts. As he waits, longing for answers, he refuses to meet his children without his wife by his side. In the hopes that he can see them together he completely ignores the advice of doctors and the nurses to be with his twins even after two and a half weeks of being in the same hospital and only a few doors away.

It is the week before Christmas and Nicholas is second-guessing everything he has ever done looking for someone to blame.   Raised by his jewish mother and left by his catholic father, NIcholas has had a life long struggle with his faith and what to believe.  Marrying Hope had always been somewhat of a challenge when it came to his faith.  Hope was always sure of her christian upbringing and where she stood.  So while he is at a crossroads with the question of having faith at all, his family and friends all return hesitantly to resume their lives while Nicholas continues to hold his daily vigil in the same chair in the hospital visitor’s room. There is where he meets an older woman whose husband is in a failing state.  She befriends him and helps him put his feelings in order by coaxing him to tell her his story.

It is during that week that he is utterly convinced that he has made all the right decisions and taken all the precise paths to lead him to where he is. In the waiting period he is strengthened and reaffirmed that he is where he should be and that all the roads throughout his life have all pointed and intersected to this moment in time.

With a heartbreaking decision to make and pressure from the doctors he continues to hold on to hope. Only the next few days will tell and while carolers sing, and menorahs are lit, Nicholas waits for a miracle.